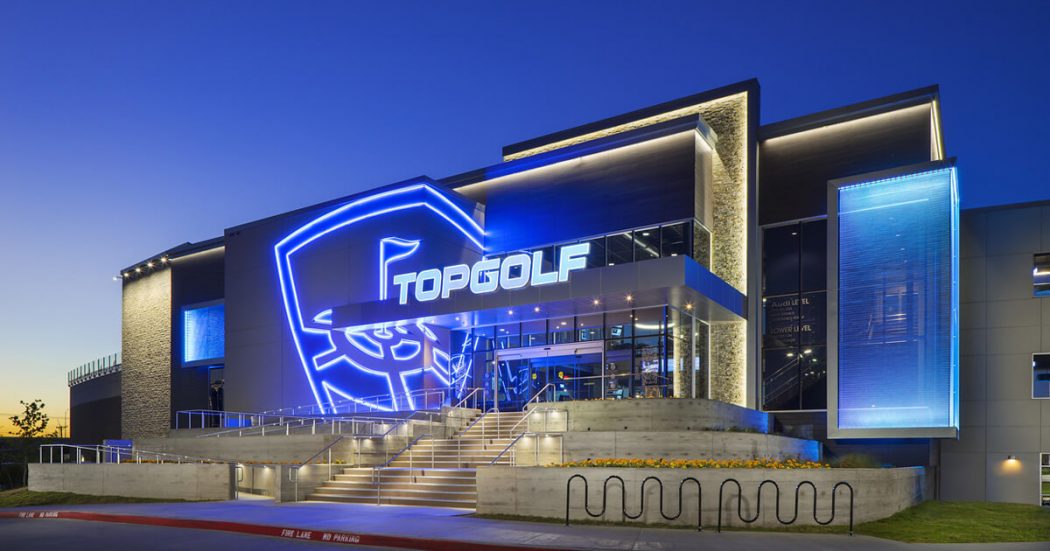 Top of the Golf World

When an entertainment company like TopGolf reaches the point of 56 locations across the globe and 14 more on the way, one would be remiss to think that the surge of success they have experienced in the last few years is par for the course. In fact, the inception of TopGolf happened back in 1997 with Steve and Dave Jolliffe. While out for a round one day they started chatting about how golf takes too much time, is frustrating, and the driving range is lifeless. Three years later the first TopGolf location opened up in Watford, England. However, the new idea didn’t take immediately, especially to golfers. There was confusion over what exactly was being offered; it was akin to golf, but somewhat removed from the traditions.

The early version of TopGolf was not the attraction it is today. The premise was set, though; an updated driving range with technology and accessibility at the helm. The Jolliffe brothers started using microchips in their golf balls from the beginning, and while the golf balls are flighted, people were hitting more targets. In fact, 51% of golf balls were landing in the bunker sized targets. Seems fitting then that the “top” in TopGolf stands for target-oriented-practice. It wasn’t until Richard Grogan, a senior partner at the strategic management firm Bain & Company came on board that the entertainment facilities we know as TopGolf today really started to take form. After some convincing Grogan took a trip out to the Watford location in early 2004 and saw first-hand that there was potential in the business. Yet the company was only yielding a 5% return on investment and there weren’t enough people filling the stalls to convince Grogan that the business would last. The potential of the business was not lost on Grogan. He believed that if the modernized driving range provided more of an experience; lights, food, drinks… then they might really have something. Grogan agreed to buy the American license for TopGolf and the current version started to take form. Fast-forward a decade and the globalizing organization now has a new captain; Erik Anderson. The former Goldman Sachs VP also brought in a bigger vision for TopGolf and transitioned it into the offering we can visit today.

Now with multiple golf sponsors and tech partners, TopGolf is at the forefront of its own niche market. Interestingly though, the customer base for TopGolf is not made up of mostly golfers, in fact, it is almost the opposite. Golf is undeniably the cornerstone of the business, but 51% of people that walk through the doors consider themselves non-golfers. The next biggest chunk of customers is occasional golfers at 27%. That is a large jump from one number to the next. What is especially neat about the non-golfing group of customers, and potentially the reason TopGolf is backed by many big golf brands, is that 75% of them are more interested in playing traditional golf after their experience with TopGolf. Equally as interesting is the age of these patrons. While golf is traditionally thought of as a senior’s sport, people 18-34 make up 54% of the customer base as well. Summed up, the vast majority of people visiting the upscaled driving range are non-golfing millennials, which is in direct contrast with the customers of traditional golf courses. Somehow TopGolf has solved the very problem that has led to the steep decline across the rest of golf.

TopGolf has found a way to retain the authentic golf experience, which remains a key point in their approach to customer service while providing a more fulfilling sense of community and entertainment. This ideology has been clearly translated to the elusive demographic of millennials, which up to this point has been all but completely lost on traditional golf courses. They not only have brought young people back to the sport of golf but also those who don’t usually consider golf for a usual activity. By putting meaningful technology and an emphasis on fun at the forefront of their business, TopGolf has managed to become a global entertainment company centered around golf, with no signs of slowing down in the near future.