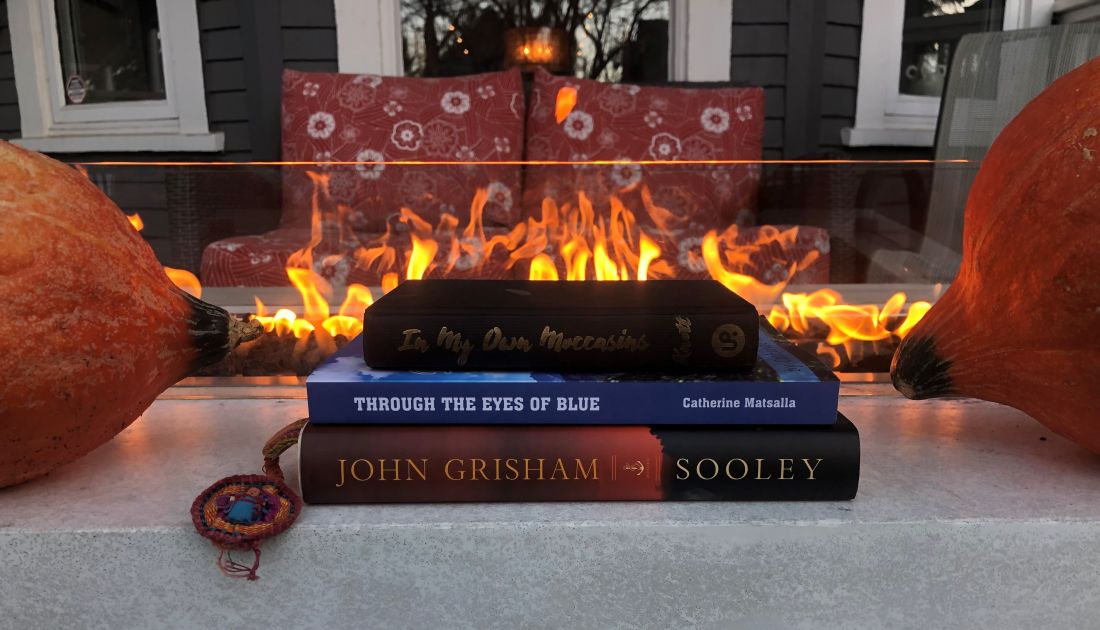 Through the Eyes of Blue by Catherine Matsalla:

In My Own Mocassins by Helen Knott: