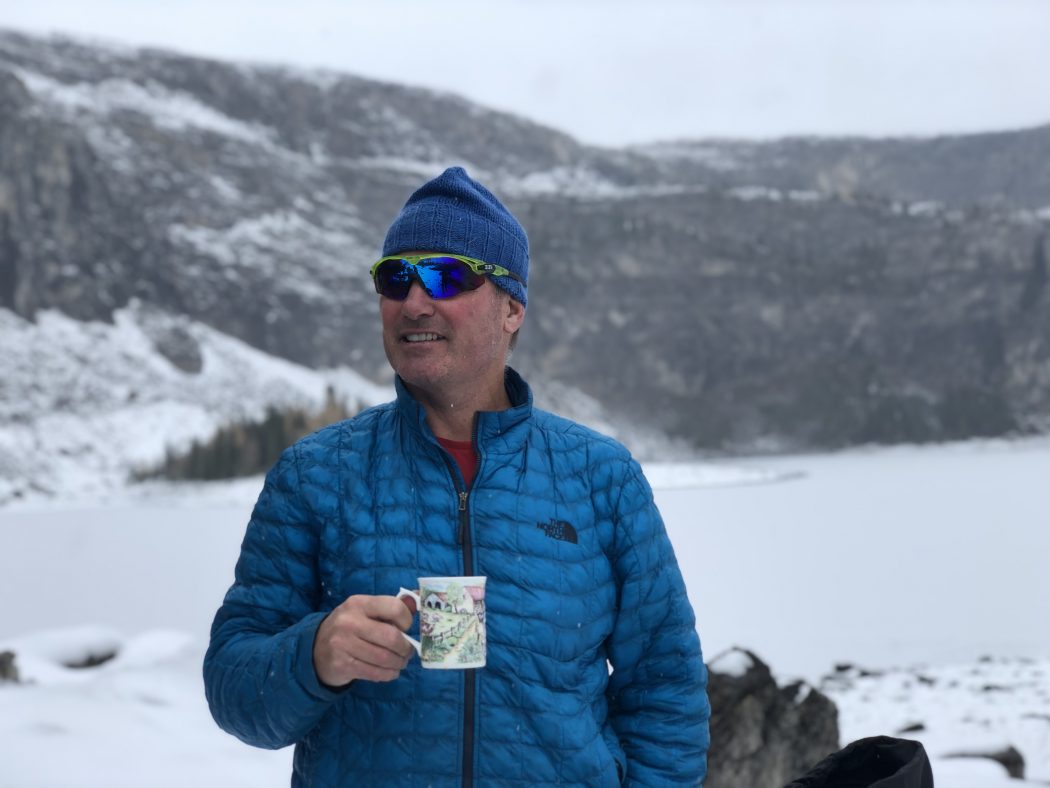 Your background is in the ski industry.  Tell us about your family ski operation at Martok in Nova Scotia.

Martock is the name of a small village in England (https://en.wikipedia.org/wiki/Martock).  When the expulsion of the Acadians occurred in 1755, (https://en.wikipedia.org/wiki/Expulsion_of_the_Acadians) the British offered the newly “freed” lands to any Englishman willing to take up homesteading. The French called the lands St Famille. The English quickly renamed it for their old home in England – Martock.  Peasants and serfs got a 1 mile x 1 mile block of lands while captains and higher ranks got 25 miles x 25 miles.

My Dad was a super athlete and could do anything. He returned from WW2 and landed at St F X University in Antigonish, NS taking physics from a professor who did work for NASA. He and a number of his friends started looking for a place to ski. Keppock Mtn grew from this initiative.

In the 70’s the resort called Ski Martock was floundering and the then Premier of the Province, Gerald Reagan, asked dad if he would be willing to take over this facility and restore it to its potential. Dad spent 3 seasons there and then sold it to me in 1979. (He was also running a construction company, the Keppock ski hill and a cable TV company – busy guy).

Martock had 12 to 15 staff when he owned it and I quickly grew to where it stabilized at about 278 staff.

25 years later I sold it to some of our staff.

As our lands were so densely utilized whenever someone suggested increasing the ski terrain I would reply – “we have 4 trees left on our property – which one do you want me to cut down?”.

There are 19 fields of expertise required to operate a small to a medium-sized ski resort. Can you name them?

What brought you from the East Coast to Canmore?

Daughter Steff attended the Banff Mountian ski academy between 1993- 96. I developed some friendships with people from this valley. When we sold Martock in 2003 we wanted to have a different experience for one year somewhere else. 15 years later we are still here.

How and why did you get involved in working to restart the Fortress Ski Hill?

My partners in this business had the idea while driving past the casino exit while heading to an oil and gas golf tournament in BC. I was the first call they made to see if the numbers could work.

Here is what I failed to fully understand about Alberta’s regulations. We had 13 authorities having jurisdiction in 3 levels of government with 10 sets of conflicting regulations or laws. In NS, for a more complicated development, I got the permitting in one month. In BC, for exactly the same project (resurrecting a dead ski resort)  it took 45 days. In Alberta it took from 2007 to 2013.

I was really proud of utilizing the Fortress facility to help resurrect the Albertan film industry. It was moribund before 2009 and through good timing and always helping the movie productions we helped bring it to life. Fortress was hosting between 6 and 14 productions per year when I sold it in 2013. I often say that it was Leonardo Di Caprio who rebuilt the Fortress bridge for the movie Inception.

We also launched KPOW cat skiing. This gem ran at 100% occupancy while I was there.

You spearheaded the resurrection of Mount Baldy a few years ago.  How did you manage to get this up and running so quickly?

It was a huge effort. We had 20 different projects to open and only 150 days. We took the facility through bankruptcy court on June 25th and started the next day. When we started we did not have any staff, tools left in the garage, permitting and a facility suffering from 48 years of “love” by well-minded volunteers. There was a lot of luck, most of it good and some bad.

It is an incredible ski mountain with the best glade skiing I have seen anywhere. We had a 5.6 earthquake in mid-September. It did not change the alignment of any of the lifts, but a few of the lodge doors that were jammed before opened freely after the quake. Your latest passion is in the sustainability space. How did this become your passion?

The concept of climate change was difficult for someone like me who’s livelihood demanded winter. However, as a data fan, I quickly installed an Environment Canada weather station at Martock in 1979. When I started tracking the temperature norms, highs, and lows and standard deviations and comparing these to the almost 100 years of data available to me I discovered something alarming. The temps were changing, and on the Atlantic coast, it was highly influenced by warming water, especially the gulf stream.

When the mean snowmaking temperature grew from -6.8C to – 2.3C in 25 years, I knew something was up. It did not take much research with an open mind to find the culprit. (Side note, this summer in NS the Atlantic waters were the warmest I have ever experienced.)

Here in Alberta, we are somewhat insulated from the extremes. In fact, it was Bob Sandford (http://www.rwsandford.ca) who identified last week to a packed audience that within one generation (20 years) people will start moving away from the sea level to places that are higher and cooler. Doesn’t this sound like the Bow Valley?

At Fortress we became the location for cutting edge research by “Dr. John Pomeroy is Director of the Global Water Futures Program – the largest University led freshwater research project in the world.”   I was fortunate enough to get to spend some time with John. It was he and Bob Sandford who identified clearly the research they are doing and the results to me.

It is hard to come to any conclusion other than the IPCC’s when the data is explained to you by scientists like these two.

What sustainability projects do you have on the go?

It takes me about 3 years to build up a company. SustainDriven.com  is my 10th company. I have been working hard on this for 10 months.

We have projects where full spectrum Sustainability is on the menu and others that we are working them towards perhaps by only doing Towards Zero Waste ( TZW).

Throwing ourselves in the Bow River just before our Thanksgiving feast. Jennifer demands that we “dive for our dinner and dunk for dessert”.

Also meeting with an international philanthropic organization that asked me to build a sustainability plan for the entire organization. Also may have achieved a major United Nations designation that only 80 organizations have received. Details to be released in due course. 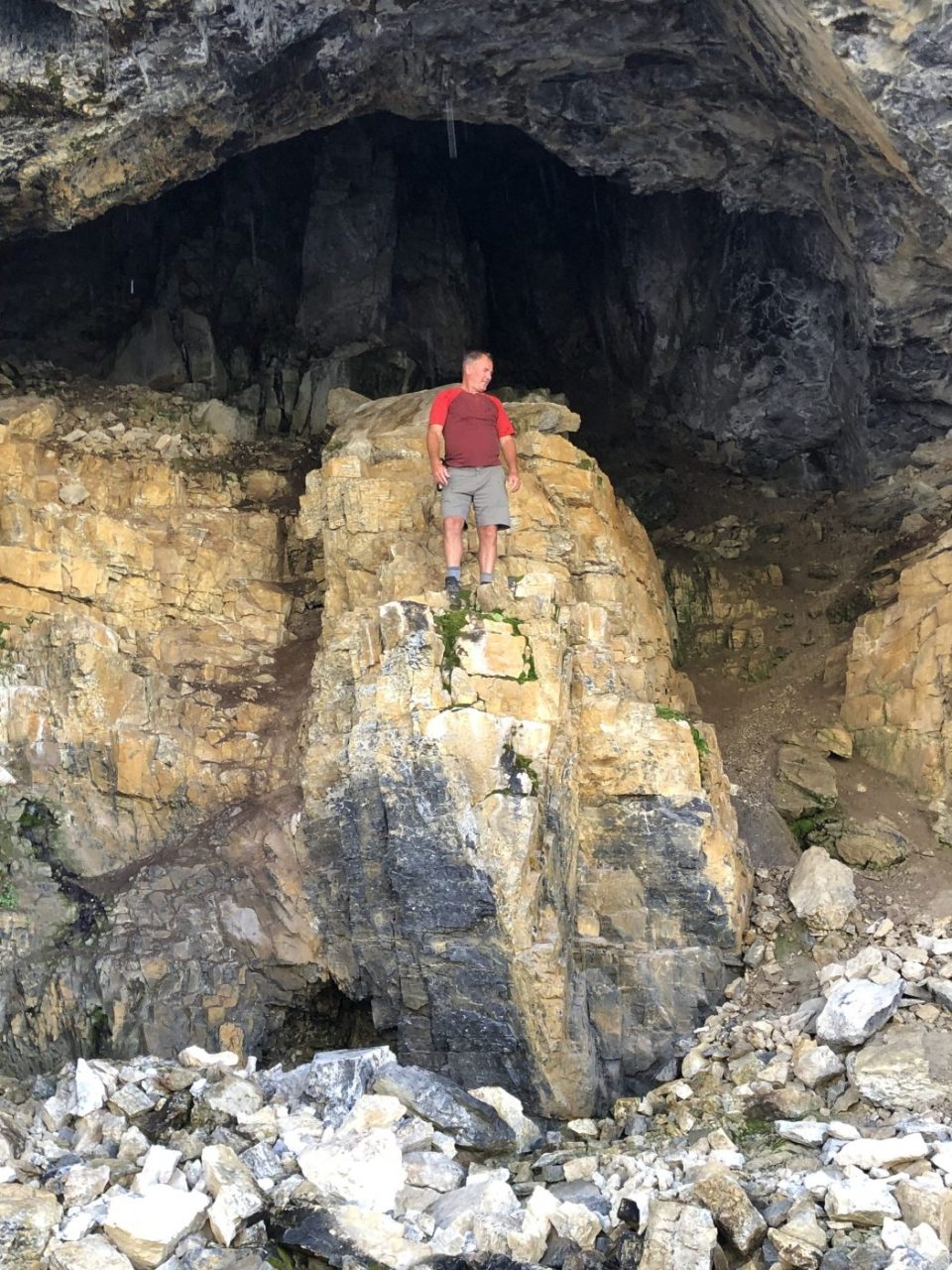