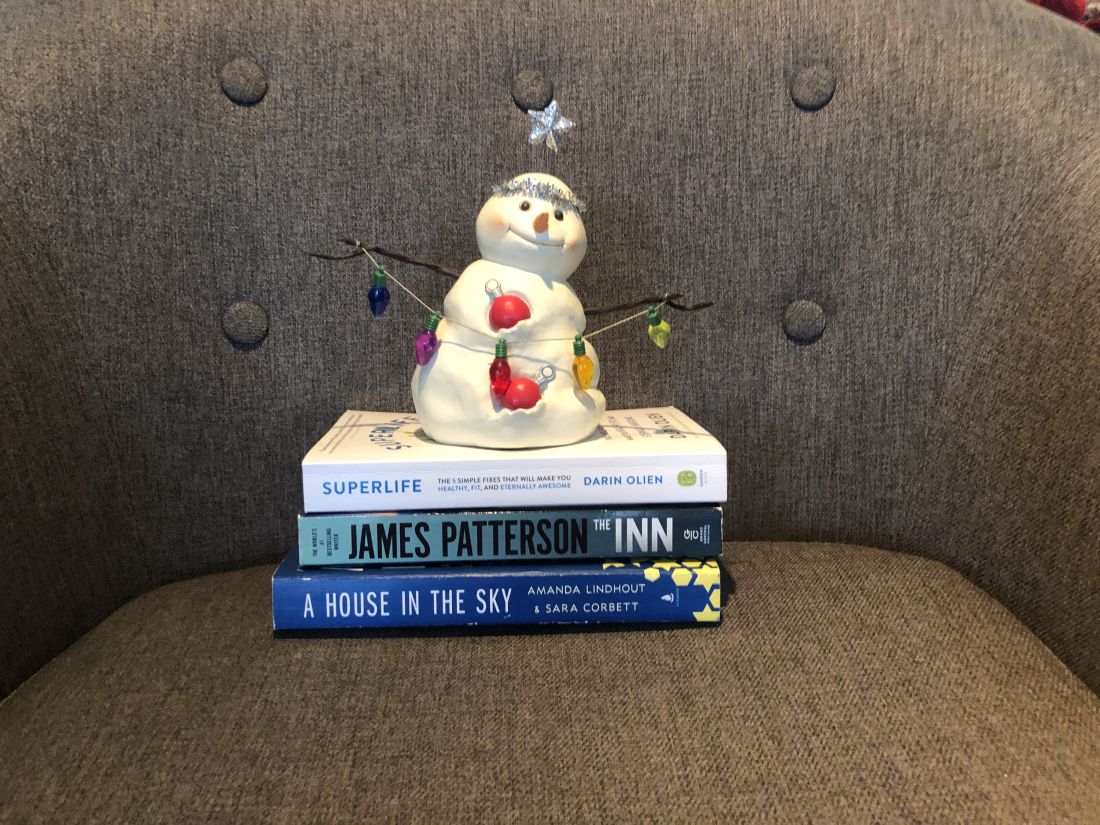 My latest reads were about healthy nutrition, a drug gang, and a famous kidnapping.

The Inn by James Patterson and Candice Fox:

A House In The Sky by Amanda Lindhout & Sara Corbett: