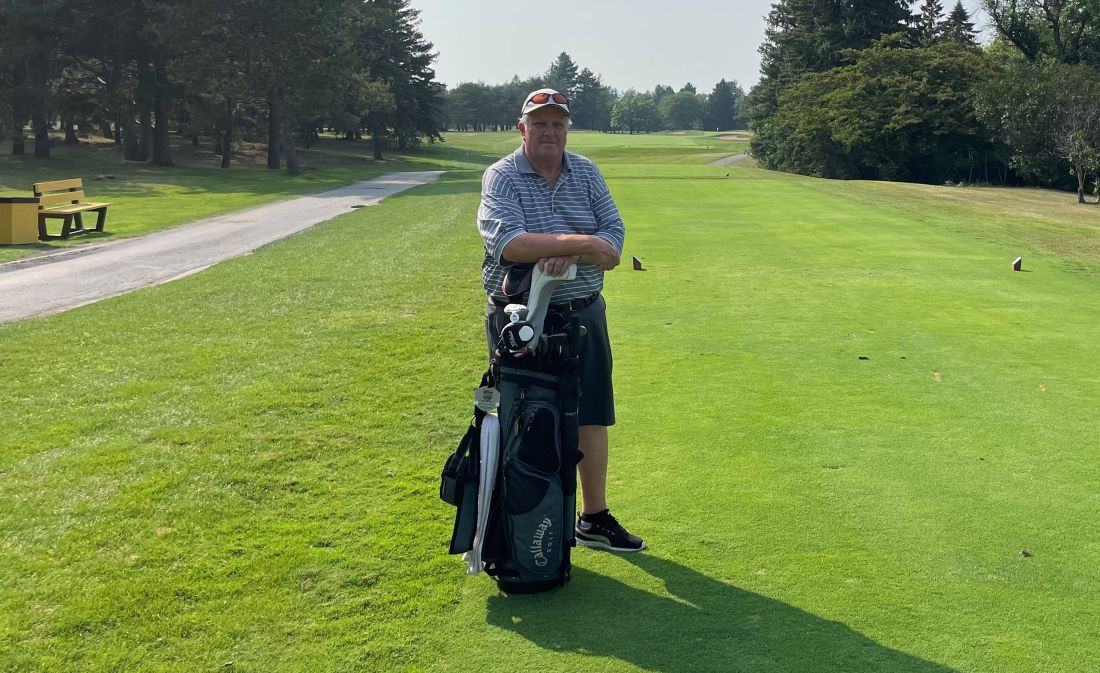 Golf – The Mental Side of the Game

Golf Reimagined consultant Al Lovell, weighs in on the most important piece of golf equipment known as the mental state of mind.

I believe it was Yogi Berra who came up with the quote, “Golf is 90% mental and 10% mental.” Which sums up golf perfectly…..

So in short, I talk a lot to my students about the mental side of the game.

The great (and wanna be great) architects of our game design courses to be visually intimidating, no doubt about it. Well placed bunkers, water hazards, and the like are designed to cast doubt in the player’s mind, and take their concentration and focus away from the task at hand, making a sound golf swing. Add to that a persons own thoughts like who’s watching me, is the group behind fast, etc, and you’ve created the perfect storm for a miserable golf experience.

And it doesn’t stop with us amateurs. Look at Phil Mickelson trying to win the US Open years ago at Winged Foot, doubles the last hole to lose the one tournament he covets the most. I can guarantee you he will think about that until his dying day. And like most of us, he will dwell on what he lost more than what he won. Another great example was Greg Norman at the Masters, losing I think a six shot lead and being beaten by Nick Faldo. Or when Jack won the Masters at 46, he had a lot of help from people collapsing behind him. You can say they choked, succumbed to the pressure, whatever, but the sheer enormity of the situation changed them. They couldn’t repeat what they had done tens of thousands of times before.

The idea is to focus on what affects the outcome, and not let the outcome affect what you are trying to accomplish with your swing. And then I’ll hear that it’s hard to concentrate for 4 hours when I play golf. So I try to relay the following idea. First, you don’t have to concentrate for 4 hours. Walk, talk, enjoy the day. BUT, when it’s your turn to play you need to focus for 15-20 seconds to pick your club, get your target, set up and swing. So if your gonna shoot 90 for example, take your 20 seconds times 90 swings, that’s 1800 seconds. Divide that by 60, and your focus or concentration for a round of golf is now 30 minutes. That’s doable. And that’s how I try and establish a routine for both myself and my students. Two or three good swing thoughts, set up, and swing.

So far, so good. But then I get students who are thinking of their swing thoughts while they are swinging. Not gonna work. The golf swing takes about 1.2 seconds, you can’t process anything and swing in that time frame. That’s why you have 15-20 seconds. You prepare, like studying for a test, think about what you want to accomplish. Then when it’s time to swing, let your muscles take over and swing the club. If it works, do it again, and again, and again.

Now for the hard part. What if it didn’t work? This is where your brain usually heads to the dark side. What went wrong? Is it this? Is it that? And all hell breaks loose. There’s a saying paralysis by analysis, and here we are. I try so hard to make my students understand that a bad shot doesn’t come from a lack of knowledge or understanding but from a sheer muscular or timing standpoint. You missed. I’ve watched my son hit the post in hockey and never question it, he missed by an inch or two. But miss a shot in golf……different story. Your brain goes into overdrive and works against you.

You hit a shot to the right, you hit the next one to the left to make sure you’re not gonna hit it right again. Now you’ve hit two bad shots, what to do next. So many golfers allow their previous shot to affect their next one. Again it’s a no win situation. You need to take each shot as an independent event, strive for the best possible result, and move on.

The first is Jack Nicklaus on the 12th at Augusta. 150 yard par three over water. Cameras rolling, Jack shanks it short of the water. Finishes his round and off to the press tent. First question was about the shank. Jack says I didn’t shank a ball on 12, what are you talking about. Was asked again, denied it again. He simply would not allow his mind to go back to the shot.

The second is Tom Watson at the British Open years ago. He’s close to the top of the leaderboard and is warming up on the range before the third round. He is hitting it sideways, couldn’t find the face of the club. The reporter asks him about his chances considering how he’s warming up. He says, whenever I warm up bad I always play well. He goes out and has a good round. The next day, before the final round he’s warming up and he striping every shot, can’t miss. Reporter asks him the same question. Watson replies, Hey, when I’m hitting it this pure, how could I play badly. Four hours later he’s the Open champion.

So for me, there’s always two parts to a lesson, the mechanics, and how to allow those mechanics to work. You need to prepare, you need to execute, and you need to analyze. And if you can analyze properly or positively, then you can improve quicker than others.