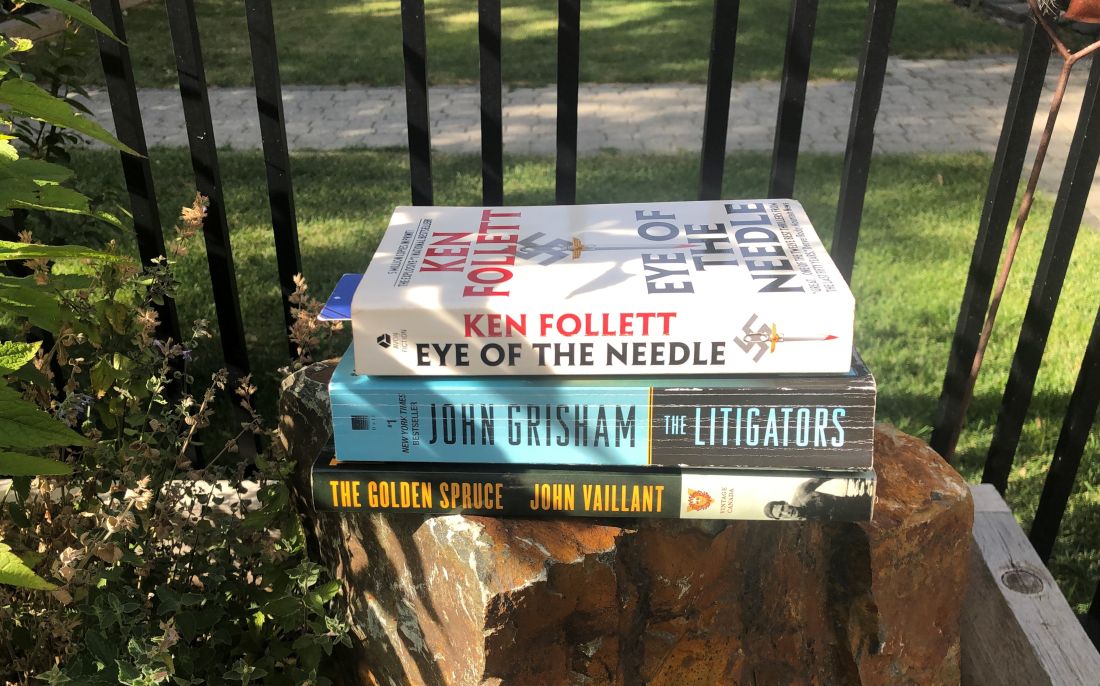 The Golden Spruce by John Vaillant:

The Litigators by John Grisham:

Eye of the Needle by Ken Follett:

this book gave Follett his star status, was made into a movie featuring Donald Sutherland and is often regarded as one of the best thrillers to come out of WW2